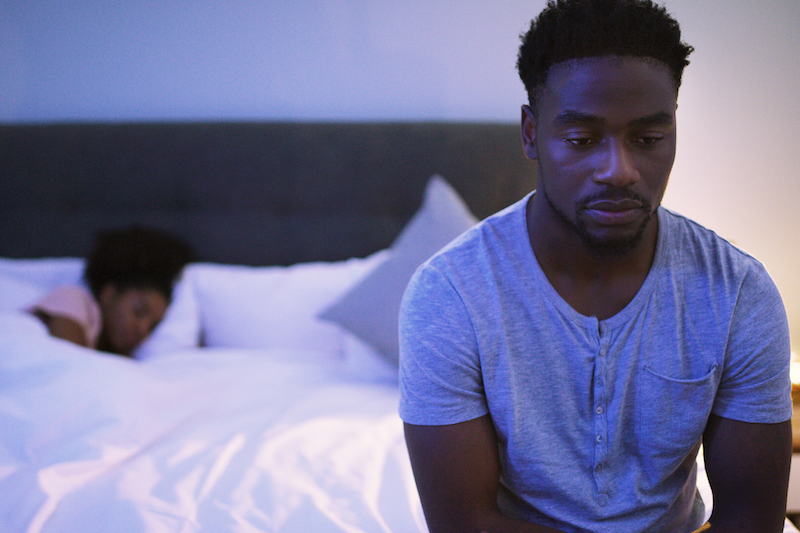 When your days are spent managing your inflammatory bowel disease (IBD), getting a good night’s sleep might not be high on your to-do list. However, there is a connection between sleep and IBD, says Tauseef Ali, MD, chief of gastroenterology at SSM Health St. Anthony Hospital in Oklahoma City, and a clinical assistant professor at the University of Oklahoma College of Medicine (Twitter: @ibdtweets).

“Sleep is considered to be an important environmental and behavioral factor associated with the process of inflammation and the immune system,” says Dr. Ali, who is also a spokesperson for the American Gastroenterological Association. “If sleep gets disturbed, the immune system and many bodily functions are disrupted. It’s very easy to go into a vicious cycle of gastrointestinal symptoms and poor sleep that can take effort to reverse.”

On the simplest level, IBD symptoms that occur at night can mean frequent waking or trips to the bathroom, which may directly interrupt restful sleep. “IBD patients often have night-time symptoms, so that sleep becomes fragmented, leaving you unable to complete the normal sleep cycle of REM, non-REM and deep sleep,” explains Dr. Ali.

There are also complex chemical reactions involved. “The importance of sleep in IBD has recently gained attention with some published studies demonstrating the association of sleep disturbances with disease activity, subclinical inflammation, and risk of disease relapse.” Dr. Ali wrote in a 2014 article published in the medical journal Inflammatory Bowel Diseases.

Research has shown that increased sleepiness is part of our body’s response to tissue injury, such as what occurs in IBD. Additionally, in animals, sleep loss correlates with higher levels of inflammatory cytokines such as interleukin (IL)-1 and tumor necrosis factor (TNF)-a.

The result is a cycle of inflammation in the gut. “We also know that, when the gut is inflamed, there is lots of interaction between gut bacteria and chemical receptors on the gut wall and that the proteins that are secreted in response to this interaction can make you either sleepy or cause sleep deprivation,” Dr. Ali says. “Continued gut inflammation makes the gut leakier, which allows more bacteria to enter the gut, which in turn can induce even daytime sleepiness.”

Does Poor Sleep Predict a Relapse?

Dr. Ali says there is an emerging belief among gastroenterologists that poor sleep is a marker of subclinical inflammation, or inflammation that is present but not yet serious enough to cause symptoms, and may even predict an IBD relapse.

“If you don’t have good sleep, you have a two-fold higher risk of relapse than other IBD patients who have better sleep,” he says, referring to a finding in Crohn’s disease patients. “This may be one of our earliest hints that someone is going to have a flare in the near future, so paying attention to sleep is important.”

Sleep disturbance can go beyond IBD to affect digestive health in other ways, as well. It can, Dr. Ali says, “worsen acid reflux and lead to the development of peptic ulcer disease and fatty liver disease. It may even be linked to colon cancer by increasing the numbers of polyps that form in the colon.”

Sleep disturbances may also exacerbate symptoms of lupus and arthritis and raise the risk for other inflammatory disorders.

Try These Tips for Better Sleep

At office visits, Dr. Ali routinely asks his IBD patients how well they’re sleeping. Here are some of his favorite tips for getting high-quality sleep:

If these sleep hygiene tips aren’t enough to improve your sleep, or if you show signs of an actual sleep disorder like obstructive sleep apnea or restless legs syndrome, it’s time to see a sleep specialist.

Medical Reviewer Jenny Blair is a writer and journalist covering science, medicine, and the humanities. She earned her MD at Yale University, then completed a residency in emergency medicine at the University of Chicago. After several years in practice, she transitioned to working with words and ideas full-time. Jenny has contributed to Discover, New Scientist, Washington Spectator, and Medtech Insight, among other publications. She lives in New York City. 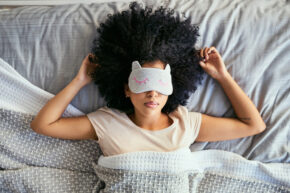 5 Ways to Get More Restful Sleep