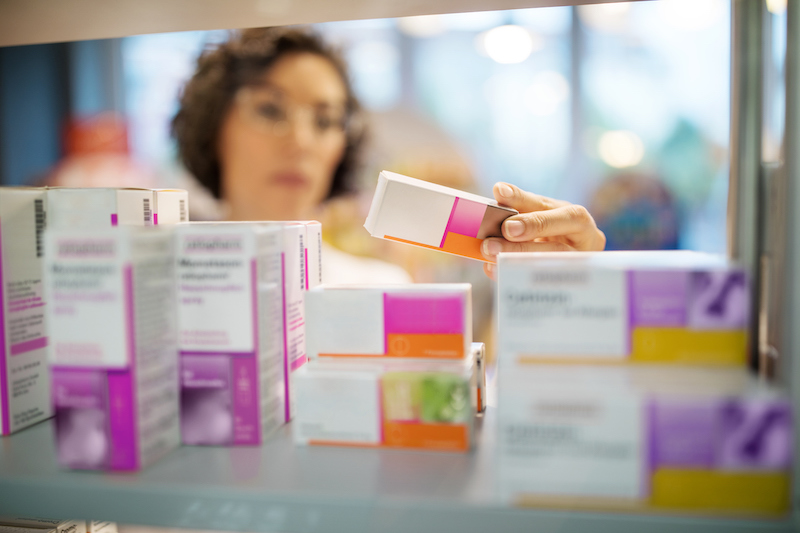 Whether you’re taming a flare or maintaining your remission, there are more medication options for treating inflammatory bowel disease (IBD) than ever before. Among the many drug choices are aminosalicylates, which control IBD symptoms by easing inflammation in your intestinal lining.

Often referred to as 5-ASAs because they contain 5-aminosalicylic acid, aminosalicylates are mostly used for people with mild to moderate ulcerative colitis (UC), to help bring on and maintain remission. For some with mild Crohn’s disease (CD), aminosalicylates may help, though they’re not recommended for maintenance.

“Of course, what is wonderful is that these are very safe medications,” says Maria Abreu, MD, a professor of microbiology and immunology and director of the Crohn’s and Colitis Center at the University of Miami Miller School of Medicine in Florida. With few serious side effects and rare complications, aminosalicylates are among the best-tolerated drugs prescribed to people with IBD. Here’s what you need to know about them.

The Basics of 5-ASAs

There are four different aminosalicylates offered in the United States. All of them can be taken orally. They are:

The pills are often prescribed in several doses spread throughout each day. Some people in remission may be able to take them all at once, says Abreu, “and that works just as well as taking it multiple times daily.” They typically start working in two to four weeks.

Mesalamine is also available rectally, via suppository (Canasa) or enema (Rowasa). Rectal formulations deliver medication directly to the area of inflammation without having to go through the digestive system first. Often, the most beneficial therapy is a mix of oral and rectal medications.

The choice of aminosalicylate is largely dictated by the severity of disease and site of inflammation; they’re most successful when it’s located in the colon. It also depends on what drug your health insurance will cover. “At least for patients in the United States,” says Abreu, “a lot of it is driven by which of those are in the formulary of their insurance plan.”

When aminosalicylates don’t resolve flare symptoms, patients are often given corticosteroids. Sometimes, providers may combine an oral 5-ASA with a rectal corticosteroid to induce remission.

Side Effects and Special Considerations

The relative safety and tolerability are chief benefits of aminosalicylates. “I often say to patients that these are medications that should be over-the-counter because they’re so safe,” says Abreu. Still, the possibility of side effects is there. Depending on the drug, IBD patients may experience headaches, cramps, gas, nausea, vomiting, diarrhea, or a skin rash, among other side effects.

Some with IBD may have adverse reactions to sulfasalazine, including those with allergies to sulfa drugs. The majority of these patients will be fine taking mesalamine, olsalazine or balsalazide. In fact, the other 5-ASAs were developed as easier-to-tolerate alternatives.

Though rare, there is some concern about aminosalicylates’ connection to kidney problems. Tell your provider if you have an existing kidney issue; you’ll likely receive a different drug. All patients’ kidney function is routinely tested during 5-ASA treatment. “Generally for people who are on mesalamine, we like to see them twice a year and have labs done twice a year for monitoring,” says Abreu.

By and large, aminosalicylates are considered safe during pregnancy and while breastfeeding, but let your IBD team know if you’re trying to have a baby or are already expecting. Sulfasalazine may trigger temporary infertility in men, but it should resolve when you stop or switch medications.

The Key to Success—Stick with Your Treatment

To remain in remission and keep symptoms under control, IBD patients should always stick to their treatment plan—which includes staying on prescribed medications. Many with IBD skip their meds once they feel better, says Abreu, and coming off aminosalicylates by yourself can lead to a flare. “We try to impress upon patients that when they stop, they get sick,” she says.