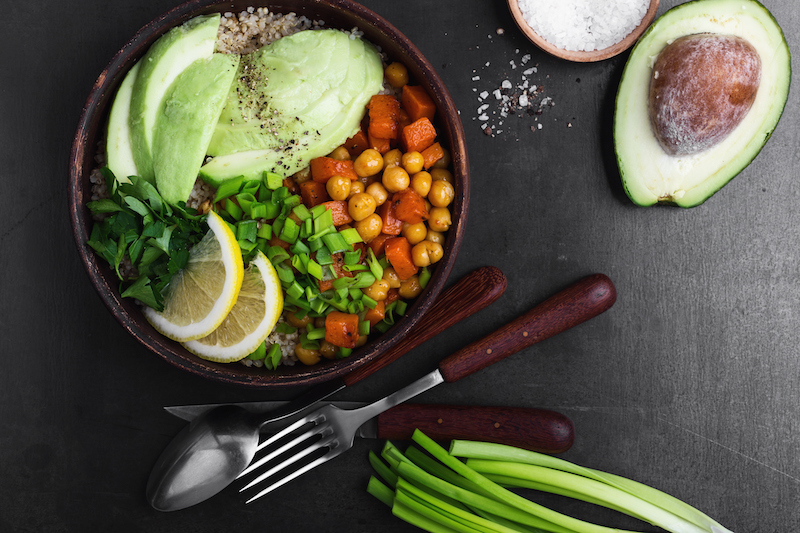 When you have inflammatory bowel disease (IBD), choosing the right foods can help you manage your condition whether you’re in a flare or in remission. While there’s no one-size-fits-all approach, certain foods can be beneficial—while others should generally be avoided.

“Science is pointing in the direction of anti-inflammatory diets, like the Mediterranean diet, to use as a frame for how to create meals,” says Laura Manning, MPH, RD, CDN, Clinical Nutrition Coordinator at the Susan and Leonard Feinstein IBD Clinical Center at Mount Sinai Medical Center in New York City. “We want patients to eat mostly plants, minimal red meat, lots of fish—and steer away from heavily processed foods, like fast food.”

Your food choices may change depending on whether or not you’re in a flare. But generally speaking, it can help to eat—and avoid—these foods when you have IBD.

Vegetables are an excellent source of dietary fiber, which helps aid digestion. “We encourage patients to focus their diet mostly on plants, which sounds scary to a lot of people, but the benefits of fiber have been shown to be protective,” explains Manning. “Make changes in fiber content and textures when you’re in a flare, but embrace fiber when you’re in remission.”

Fruits are another quality source of fiber to add to your IBD diet. “Cantaloupe, honeydew, mango, papaya, avocados, bananas, and peeled apples, pears, and peaches are all good fruit sources for people with IBD,” says Manning. “They don’t have a lot of thick skins or seeds in them, and they tend to be pretty soothing when eaten.”

Be cautious with fruits that have a particularly high fiber content, like berries, which may irritate your symptoms, adds Manning.

Grains, like bread, rice, pasta, and barley, are essential sources of fiber, B-vitamins, iron, magnesium, and selenium. When you’re feeling well, be sure to incorporate plenty of whole grains in your diet; though you may want to switch to refined grains during a flare, as they’re easier to digest.

“Oats are fantastic—and there are different ways of getting oats, like instant oats or steel cut oats, depending on your tolerance,” says Manning. “They can be used in cereals, breads, muffins, or overnight oats—there’s a million ways, and there’s a lot of really protective characteristics with oats.”

Protein is another important component of a healthy diet for IBD. You can get your daily intake of protein from a variety of sources—like meat, fish, poultry, and dairy. “Seed butters are also popular, and they’re easy-to-digest protein sources, along with Greek yogurt and cheeses,” adds Manning.

“It’s typical for caffeine to be problematic, whether it’s in coffee, tea, soda, or even chocolate,” says Manning. “Caffeine is a bowel stimulant—a lot of people use caffeine to go to the bathroom, but in IBD we don’t want that.” It can also be dehydrating—and when you have IBD and are dealing with symptoms like diarrhea, it’s important to stay hydrated. So be sure to cut back on caffeine, especially during a flare.

Like caffeine, alcohol is another gastrointestinal irritant, meaning it can lead to increased bowel movements—and it can also be dehydrating. “We don’t want patients to avoid alcohol completely forever. Just be mindful of it,” says Manning. Talk to your doctor about which medications you’re taking, as alcohol should be avoided with certain drugs. Otherwise, stick with the general recommendations of no more than one drink per day for women; two for men.

When you have IBD, it’s important to focus on nutrition—which means eating things like fast food and processed foods in moderation. “When you’re in a flare, bowels are very sensitive to food in general,” says Manning. “And an overload of grease in the food can exacerbate bowel movements more.”

“Having dairy products is healthy,” explains Manning. “They contain calcium and vitamin D, and can be part of a healthy diet.” While some people who have IBD are fine with dairy, others aren’t. “Some patients have temporary lactose intolerance when they’re in a flare,” explains Manning. “In that case, things like lactose-free dairy products, hard aged cheeses, or even Greek yogurt are usually well-tolerated.”

When it comes to eating with IBD, what works for some may not work for others. Food choices are a very individualized thing, and it can take time to figure out which foods are best for you. “It really has to be a lot of trial and error,” says Manning. “Start with some very simple, basic foods, and build on them.” 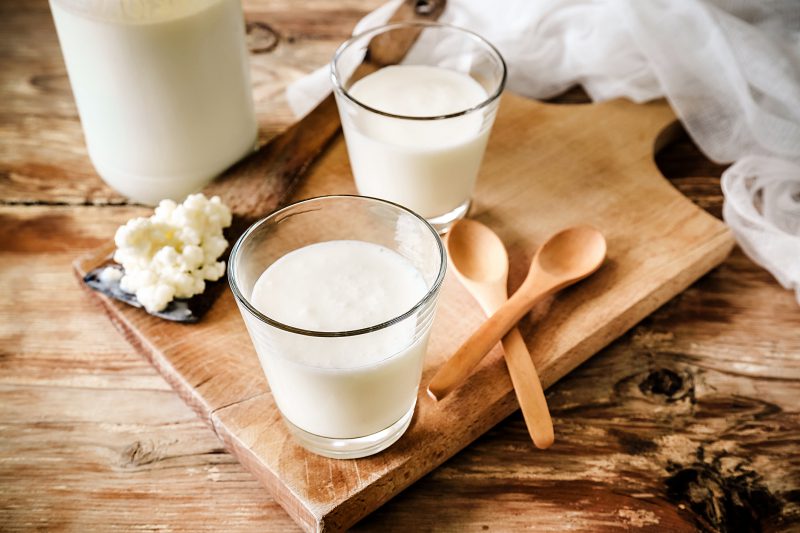 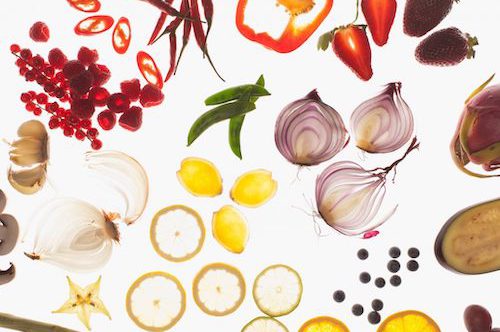 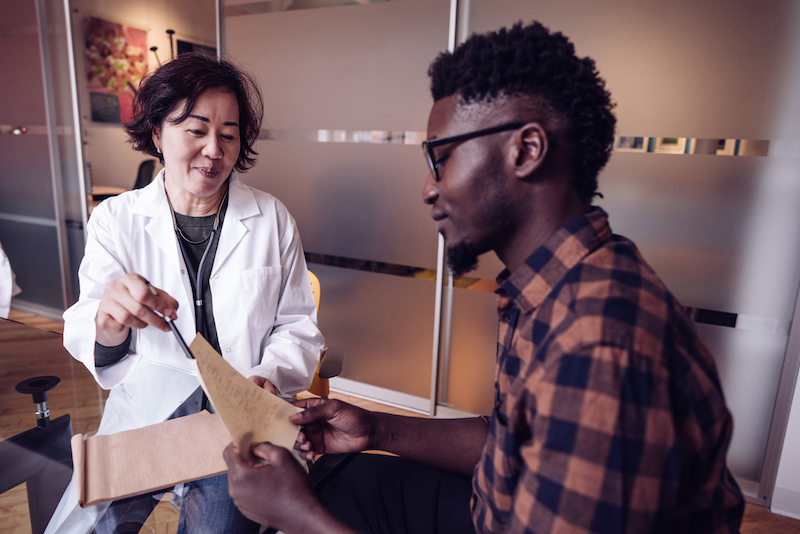 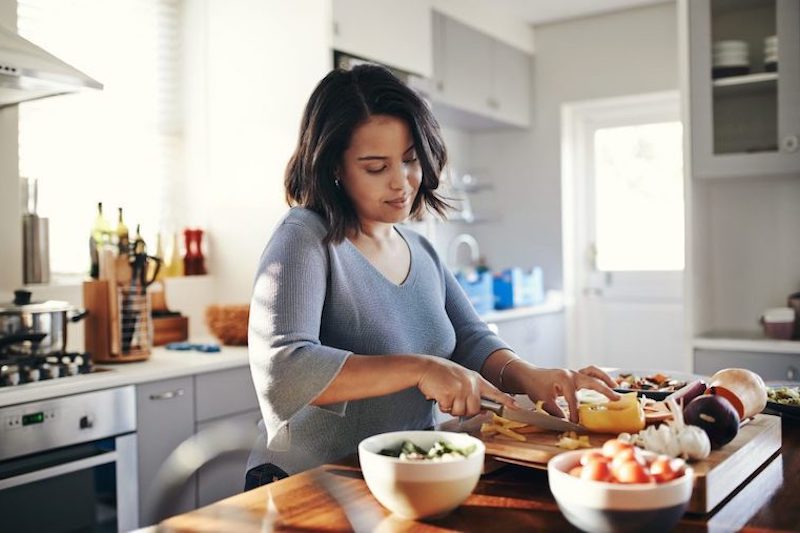